Although we should remember our fallen heroes each day of the year, Memorial Day is set aside as a special day to honor those who made the ultimate sacrifice to preserve the freedoms we enjoy daily. As a very small token of gratitude, we've created our latest annual tribute page at 2020 Memorial Day Tribute.

As I was making this year’s selections of pics, memes etc, I noticed several that urged everyone to have a “Happy Memorial Day”. While these were like done with the best of intentions, and I’ve probably used this phrase several times without thinking in the past, I always pass these over in preference to other phrases. Although Memorial Day is partly a celebration of the good times we’ve had with our military families and friends, it is primarily a day of somber remembrance of those who gave their lives for us. Thus, we must be grateful for the sacrifices made by the families of these heroes, who let them go off in service to our country so that our families can live in safety.

We must also remember the fellow soldiers who were able to return home, many with physical and psychological handicaps that will last the remainder of their lives. One might wonder how a soldier can charge into a deadly situation that would paralyze a non-soldier. We can call it love for country and families back home, and that's certainly part of the answer. But I'm told time after time in conversations that, a primary concern during these moments is their fellow soldiers, their “brothers in arms”. However many years may pass, a soldier never forgets each of his fallen comrades, and Memorial Day is particularly difficult.

Memorial Day is made even more difficult for those with Post Traumatic Stress Disorder (PTSD). In my opinion, PTSD is a falsely named term for their condition. It should instead be called simply PTS, or Post Traumatic Stress. After surviving under the extreme conditions that a soldier faces constantly during wartime, the disorder (or abnormal condition) would be to not have PTS. PTS should be considered completely normal under these conditions. Yet, despite knowing this going in, and the fact that a major political party, with all their leftist activist judges, are continually working to undue the freedoms that our brave men and women are fighting for, the soldier continues in his or her duty to family, friends and country.

Below is a tribute made of the 3/7 battalion during Operation Iraqi Freedom. Several years later, my son did two tours of duty with the Third Battalion - Seventh Marines in Afghanistan. We were very fortunate that he came back safely, but he lost several of his friends. Please continue to pray for, and express our sincere gratitude to the members and families of our brave military. 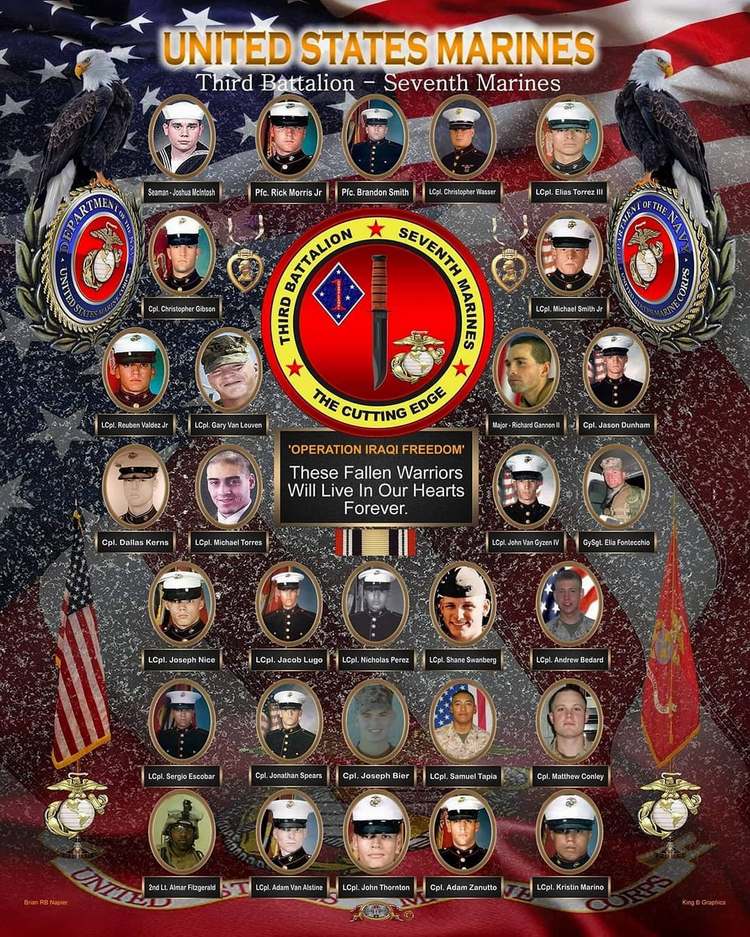