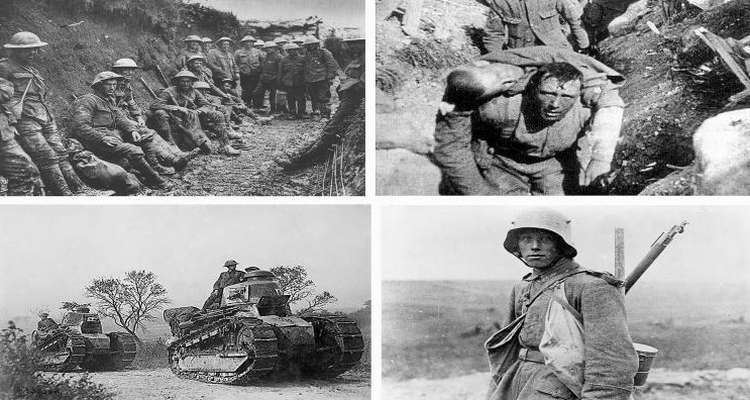 Each year, November 11 is recognized as a day of solemn reflection throughout many nations in honor of those who bravely served them. The day is known by many names, including Armistice Day, Remembrance Day in British Commonwealth countries, and Veterans Day in the United States. This year also marks the 100 year anniversary of the armistice to end World War 1, signed between the allied countries and Germany at Compiègne, France on November 11, in 1918. The armistice went into effect at 11am Paris time, on the 11th hour of the 11th day of the 11th month.

In the United States this year, Monday, November 12 is set aside to commemorate and honor and recognize their service to the nation. Although we should honor our veterans every day, please make a special effort to thank all of those you know. Although most veterans don’t seek attention, it shouldn’t be difficult to find one. There are over 20 million former and active veterans in our country today. Even if you can’t thank them in person, please observe a moment to thank God for our brave men, women and their families.

Coinciding with this Veteran’s Day weekend is the 243rd birthday of the US Marine Corps, whose origins trace from an October 1775 plan by the Continental Congress to use Marines to oversee a mission to intercept ammunition shipments from Britain during the Revolutionary War. The following month, a resolution was adopted that officially created a standing Marine Corps force on November 10, 1775, the date that became the USMC birthday. True to their humble roots, the Marine Corps Birthday is not a federal holiday, but observed only internally by the military branches; although some local government and civic organizations sometimes hold various events to honor the men and women of the Marines. The primary historical celebration is the traditional Marine Corps Birthday Ball. The first known Birthday Ball was held in 1925 Philadelphia, but is now held annually in our nation’s capital.

This Veterans Day Weekend also coincides with the recent Supreme Court’s agreement to hear arguments in the case of the Bladensburg Peace Cross. The dispute began in 2014 when members of the American Humanist Association filed a lawsuit to have the memorial removed, claiming it discriminates against soldiers who were not Christian. The humanists were later joined by the Council on American-Islamic Relations in their efforts to destroy the cross that has stood for almost 100 years, and was financed by the American Legion and private donors.

Stella Morabito at the Federalist has a must-read article in which she writes:

Sadly, precious few Americans today know a single thing about World War I. This is unconscionable, because we can still feel its aftershocks all over the world today. Forgetting our history has very damaging consequences if we ever hope to attain real progress in this world. And the point of war memorials is to remind us of such things, and to bid us never to forget.

So there is great poignancy in the timing of the Supreme Court’s recent agreement to consider the case of The American Legion et al. v. the American Humanist Association et al. The court will decide whether a World War I memorial in Bladensburg, Md., may remain standing, or if it constitutes an illegal mix of church and state. The American Legion is appealing the Oct 18, 2017, decision of the Fourth Circuit Court of Appeals that the memorial must go, which overturned a previous ruling allowing the memorial to stand.

Ms Morabito also explains the religious and historical aspects of why we need the memorial cross. Other excellent articles are from World Net Daily, a concise story on the SCOTUS taking the case, and the Daily Signal, who has the perspective from actual veterans on their thoughts about the efforts to remove the memorial cross.

Please be in prayer for the families of these veterans and all others involved in this very important religious freedom case.

We’ll end this post on a lighter note. I was reading through this month’s issue of Electrical Construction and Maintenance (EC&M) Magazine, when I came across an article on Electricity and World War I. The subject of the article was the pivotal role that electricity played in the First World War. This article is also the source of the old photos used in this post.

The article notes some of the “firsts” that were introduced into combat during the First World War, in addition to rapidly developing electrical technology such as warplanes for bombing, steel helmets, blood banks, and guide dogs. In 1917 and 1918, the Holt Manufacturing Co and General Electric Co collaborated to invent the Holt gas-electric tank, the first prototype tank built in the United States. The tank used a gasoline engine connected to an electric generator to provide power to its various parts. Unfortunately, the tank was prone to overheating and lacking maneuverability, so the machine was the only one of its kind built. Fortunately, it was not needed since not a single American-made tank ever saw service in the war, and the US dominated technical development and manufacturing afterward.

In other technological gains, incandescent and carbon-arc searchlights became game changers for the allies. These lights were crucial for nighttime operations such as navigation, illuminating enemy ships, blinding enemy troops to allow torpedo boats to navigate closer to enemy ships, and for spotting and guiding warplanes during bombing raids (no GPS in those days).

WWI battleships also benefited greatly from advancements in electrical technology. Most devices and equipment were electrically power and operated, many by remote control. In addition, electricity was now being used to pivot and aim guns, and to lift ammunition from the magazines up to the guns.

The various weapons such as rifles, machine guns, artillery, mortars, and flamethrowers, led to millions of human injuries and created a medical crisis. In response, Marie Curie, a Polish and naturalized-French physicist and chemist who became the first woman to win a Nobel Prize, invented the “radiological car” (aka the “Curie car”). This vehicle contained an X-ray machine (a recently invented medical diagnostic tool) and photographic darkroom equipment. This invention allowed medics to bring this new technology to the battlefield. Ms Curie also incorporated an electrical generator into the car to power the X-ray machine.

WWI also resulted in the establishment of the first blood bank. Oswald Robertson, a US Army doctor came up with the idea of storing blood prior to the arrival of casualties. He established the first blood bank on the Western Front in 1917, from where it was transported to various medical stations as needed. This idea is credited with preventing thousands of deaths.

Finally, we mention that after the war, Dr Kurt Huldschinsky, a German pediatrician of Polish descent, noticed that many of his young patients were extremely pale. In addition, it is thought that about half of Berlin’s children suffered from rickets (a softening, weakening and/or deformation of skeletal bones). Since sunlamps had been used throughout the war to help treat soldiers’ wounds, the doctor began placing a few of the children under mercury-quartz lamps which emitted ultraviolet (UV) light. His patient’s bones slowly became stronger and the following summer (1919), he also began having them sit in the sun. The doctor’s research eventually led to the discovery that the process of Vitamin D strengthens the bones with calcium is triggered by UV light. Thus, God used the circumstances of the war to cure this children’s ailment.

In closing, we ask once again that we pray for, and honor all our veterans and their families.