Day of the Christian Martyr 2019

This weekend, many Christians are honoring the memory and legacy of those who have sacrificed their lives for the advancement of the gospel. According to early church tradition, the Apostle Paul was martyred on June 29 in Rome during the reign of Emperor Nero in the mid-to-late sixties of the first century AD. The Voice of the Martyrs (VOM), an interdenominational Christian missions organization that has been serving our persecuted brothers and sisters worldwide since 1967, maintains a memorial to martyrs at its Oklahoma headquarters (all photos courtesy of VOM). 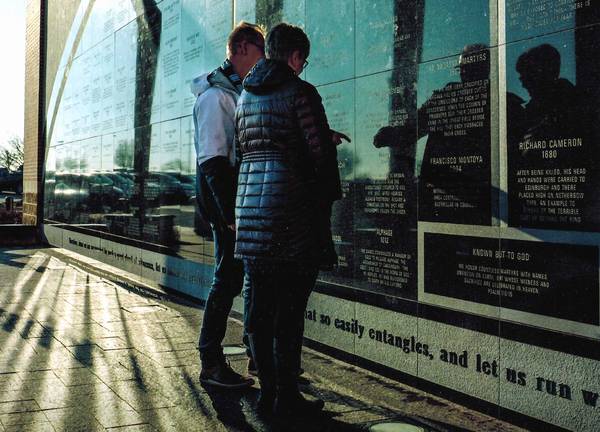 This year, VOM will add a plaque honoring Werner, Rodé and Jean-Pierre Groenewald, who were murdered by the Taliban on November 29, 2014 while serving in Kabul, Afghanistan. On the day of the attack, Taliban fighters (one reportedly wearing a police uniform) scaled the walls of the Christian compound, and began firing with AK-47s. Werner, along with several afghans, were shot to death while he was teaching a leadership-training class. The two teens, Jean-Pierre, 17, and Rodé, 15, were killed in the Groenewald’s upstairs apartment, also with an AK-47. Gunfire and explosions could be heard for over an hour. Werner's wife Hannelie, who was working at a nearby clinic that day, was the only family survivor. 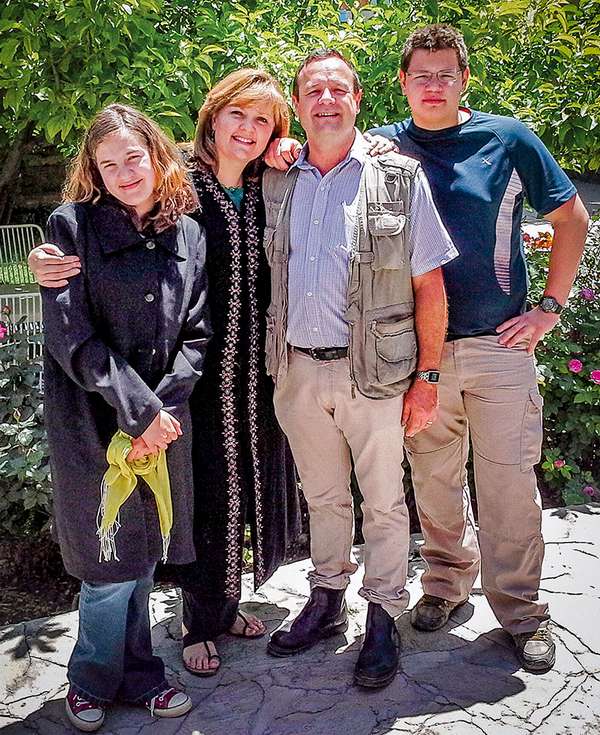 It is said of the Groenewalds, like many other Christian martyrs before and after, that "they counted the cost. They knew Christ was worthy, and they willingly put their lives on the line and paid the ultimate price." 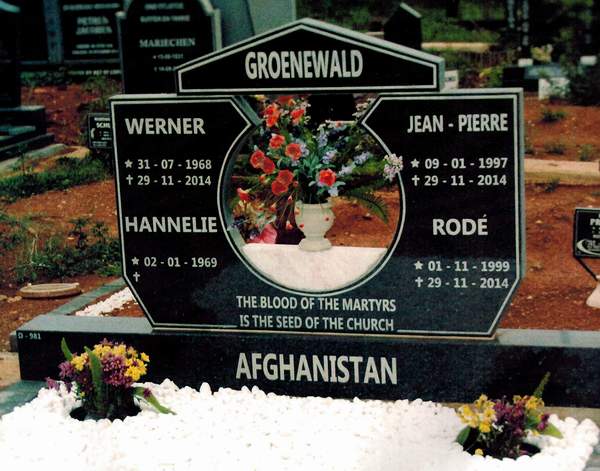 We encourage our readers to watch the induction ceremony, as well as read more of their inspiring story at VOM's Day of the Christian Martyr 2019 webpage. It is also a great reminder for us to continue praying for the persecuted worldwide.

The VOM memorial, similar to the Tomb of the Unknown Soldier, also has a plaque labelled "KNOWN BUT TO GOD - We honor countless Martyrs with names unknown on Earth, but whose witness and sacrifice are celebrated in Heaven - Psalm 116:15". The writer of Hebrews undoubtedly had both known and unknown martyrs in mind when he wrote these words:

And what more shall I say? I do not have time to tell about Gideon, Barak, Samson and Jephthah, about David and Samuel and the prophets, who through faith conquered kingdoms, administered justice, and gained what was promised; who shut the mouths of lions, quenched the fury of the flames, and escaped the edge of the sword; whose weakness was turned to strength; and who became powerful in battle and routed foreign armies. Women received back their dead, raised to life again. There were others who were tortured, refusing to be released so that they might gain an even better resurrection. Some faced jeers and flogging, and even chains and imprisonment. They were put to death by stoning; they were sawed in two; they were killed by the sword. They went about in sheepskins and goatskins, destitute, persecuted and mistreated— the world was not worthy of them. They wandered in deserts and mountains, living in caves and in holes in the ground. - Heb 11:32-38

Hebrews chapter 11 is often called "The Faith Chapter". The books of the Bible were not divided into chapters until the sixteenth century AD, so immediately following, we read these words:

Therefore, since we are surrounded by such a great cloud of witnesses, let us throw off everything that hinders and the sin that so easily entangles. And let us run with perseverance the race marked out for us, fixing our eyes on Jesus, the pioneer and perfecter of faith. For the joy set before him he endured the cross, scorning its shame, and sat down at the right hand of the throne of God. - Heb 12:1-2

So, even though all Christians will not have to die a martyr's death, we are to follow the example of these ever-increasing "great cloud of witnesses" by following the Lord Jesus wherever He leads.
Royce at 19:35
Share